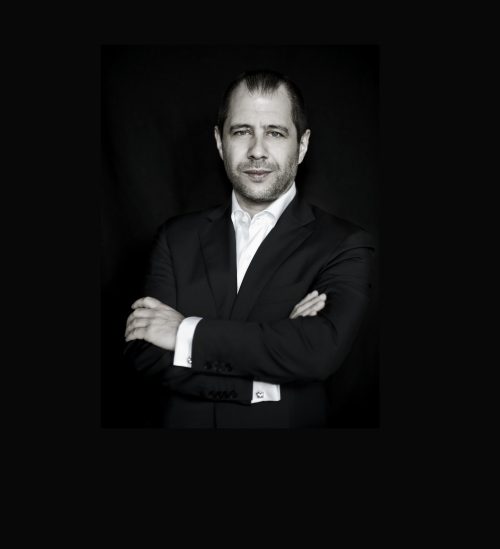 Founder of OperaWebinar and Music Director at Teatr Wielki in Warsaw from 2011 to 2014, Italian conductor Carlo Montanaro was discovered by Zubin Mehta, who recommanded him to the Hochschule für Musik in Vienna, where he improved his skills under Leopold Hager, Erwin Acél and Yugi Yuasa for three years.

Highlights between 2006 and 2008 include a great public and critical success conducting Un Ballo in Maschera with the Israeli Opera of Tel Aviv (new production), his American debut in Colorado with Donizetti’s L’Elisir d’Amore, I Dialoghi delle Carmelitane in Bilbao to great critical acclaim, and Madama Butterfly at the Deutsche Oper Berlin.

In 2008 he made his debut at La Scala with La Traviata, and he opened the Macerata Summer Festival with Carmen directed by Dante Ferretti. He conducted Il Corsaro at Festival Verdi in Parma and made his debut at Hercules Halle in Munich in a concert with the Weimar Staatskapelle and Erwin Schrott.

His 2009 opened with Madama Butterfly at the New National Theatre in Tokyo, followed by his return to Opera Colorado in Denver for Così fan tutte and a highly praised new production of Simone Boccanegra at Megaron in Athens, where he was then invited again to conduct Aida. He opened the 2009/10 Season at Canadian Opera conducting a new production of Madama Butterfly, and he conducted Mefistofele in Frankfurt, Verdi’s Requiem at Musikverein in Graz, Roméo et Juliette in Verona, La Traviata in Munich and Aida in Hamburg with great reviews from public and critics.

In 2011 he debuted with Carmen at Semperoper Dresden to great success, and he was reinvited to conduct Il Barbiere di Siviglia and a new production of Un Ballo in Maschera. Further highlights: Don Quichotte and Attila at Seattle Opera, a new production of Turandot in Warsaw, Lucia di Lammermoor in Bilbao, Aida, Manon Lescaut, Turandot and Macbeth in Hamburg, La Bohème at Teatro Comunale di Firenze, L’Amico Fritz and a new production of Adriana Lecouvreur in Frankfurt, La Traviata in Warsaw and in Cincinnati.

In September 2012 he returned to Musikverein in Graz to conduct a concert version of Verdi’s Giovanna D’Arco, and since then he conducted Falstaff in Hamburg, Tosca and L’Elisir d’Amore in Munich, Il Barbiere di Siviglia in Tokyo, Don Carlo, Verdi’s Requiem and Turandot in Warsaw, La Bohème in Seattle, Don Carlo in Frankfurt, Il Corsaro in Budapest, Norma at the Festival in Peralada. In season 2013/14, Madama Butterfly in Nagoya and Hamburg, La Traviata in Oviedo, La Bohème in Budapest, The Consul in Seattle, a concert version of Attila in Warsaw, Carmen, L’Elisir d’Amore and Tosca in Munich, Tosca and Il Trovatore at the Mariinsky in St. Petersburg, as well as concerts with the Atlanta Symphony Orchestra and Orchestra del Santa Cecilia in Rome.

In season 14/15 he successfully debuted at Opéra Bastille in Paris with Il Barbiere di Siviglia. After that, he was on the podiums of the Hungarian National Philharmonic (Verdi’s Requiem) and Seattle Symphony for a series of concerts. He then conducted a new production of La Fanciulla del West in Hamburg, Rigoletto and La Traviata in Warsaw, Mefistofele in Budapest, Simon Boccanegra in Frankfurt, Rossini’s Stabat Mater in Budapest and Pécs, Nabucco in Seattle.

Most recently he conducted Tosca at Oper Frankfurt, Lucia di Lammermoor at Teatro di San Carlo, La Juive and Madama Butterfly in Sydney. In concert, he made his debut with the Fort Worth Symphony Orchestra.