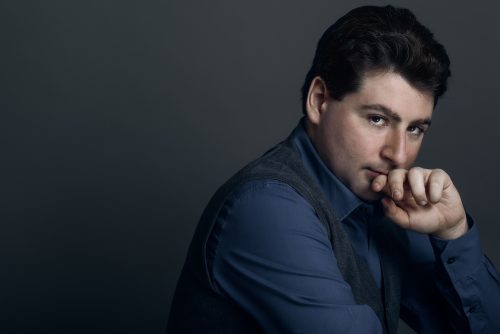 After starting his career with the “Laboratorio lirico del 700” at the Bibiena Theatre in Mantua as Uberto in Paisiello’s La Serva Padrona and as Geronimo in Cimarosa’s Il Matrimonio Segreto, he debuted many Mozart and Donizetti roles, both as bass and as baritone buffo, thanks to his vocal extension and flexibility.

Among his signature funny roles, Dr. Bartolo in Il Barbiere di Siviglia, Don Magnifico in La Cenerentola and Barone Trombonok in Il Viaggio a Reims by Rossini; the title role in Don Pasquale, Dr. Dulcamara in L’Elisir d’Amore and Sulpice in La fille du regiment by Donizetti; Don Alfonso in Così fan tutte and Papageno in Die Zauberflöte by Mozart.

His vocal and dramatic versatility ranges as far as the Sancho Panza in Massenet’s Don Quichotte.