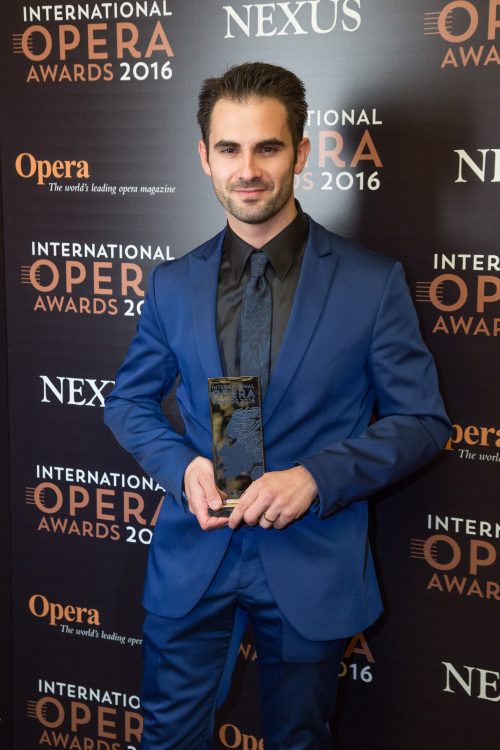 Giacomo Sagripanti has been named Young Conductor of the Year at the 2016 International Opera Awards. The ceremony, hosted by BBC Radio 3’s Petroc Trelawny and held at London’s The Savoy Theatre on 15th May, 2016, both celebrates excellence in opera and raises funds for the Opera Awards Foundation, a trust that supports young artists at the start of their careers.

Sagripanti is fast earning a reputation as one of the most interesting and insightful conductors of his generation. Of his Rossini Opera Festival debut, Gregory Pritchard writes in ConcertoNet that:

“Despite his youth, he brings extensive experience in the bel canto repertoire. Directing entirely from memory, his knowledge of the subtleties and variations within this score are encyclopaedic. He urged restraint upon the orchestra to have them lightly float through many passages treated more heavily by others. He established shades and colours of immense variety and complexity which added new meaning to music we thought we knew well. His reading of the score is fast and at times furious. His control of the densely written ensemble passages masterful and the overall effect of the performance was fresh, lively and bright.”

Recent highlights include Werther at Opéra Bastille in Paris and his debut with the Philharmonic Orchestra of St. Petersburg. Forthcoming seasons will see his debuts with Glyndebourne, Deutsche Oper Berlin and Opéra de Monaco. 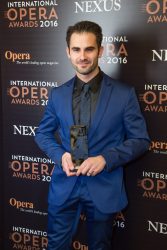