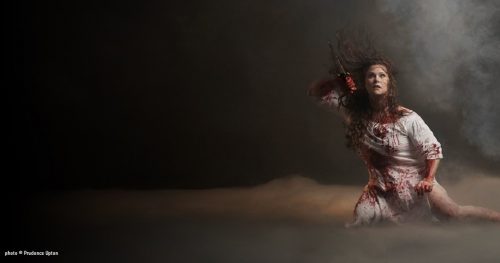 On the 28th of October in Bilbao Jessica will celebrate her 100th performance in the title role of Lucia di Lammermoor.  It was with this iconic role that she made her stage debut in 2007, one that has taken her to 27 cities spanning four continents over the last twelve years.  She has been invited to perform this career-defining role at the worlds most important opera theatres including The Metropolitan Opera of New York, The Sydney Opera House, Teatro San Carlo di Napoli, Théatre des Champs-Elysées in Paris and the historic Teatro alla Scala di Milano.  She was the third Australian to sing the role of Lucia at La Scala, following Dame Joan Sutherland and Dame Nellie Melba.

”This was singing that wasn’t just haunting: it was spellbinding.”
Maxim Boon, LIMELIGHT MAGAZINE

”Hers was a real undisputed triumph. Above all, she convinced every member of the audience, down to the last one, in the ‘Mad Scene’, keeping everyone with bated breath”
Attilio Piovano, IL CORRIERE MUSICALE

”The opening night audience rewarded her and co-star Michael Fabiano with an extended standing ovation. It was one of those nights of triumph at the opera that you hear about but rarely witness.”
Ben Neutze, TIMEOUT

She was recently awarded the best soprano of the season in Valencia for her performances of “Lucia” at the Palau de les Arts.