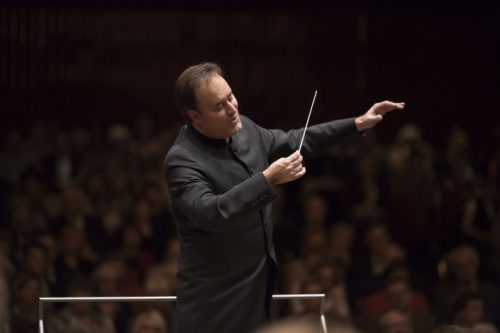 We are delighted to welcome British conductor Karel Mark Chichon for general management, only for opera.

Karel Mark Chichon was born in London and is of Gibraltarian heritage. Her Majesty Queen Elizabeth II of England made Chichon an Officer of the Most Excellent Order of the British Empire (OBE) in June 2012. In 2016 he was elected a Fellow of the Royal Academy of Music in recognition of his achievements within the profession. He is the Chief Conductor and Artistic Director of the Orquesta Filarmónica de Gran Canaria, a post he has held since the 2017/18 season. He has guest conducted widely across Europe both in the concert halls and opera houses, and previous titled positions include Chief Conductor of the Deutsche Radio Philharmonie Saarbrücken (2011-2017), Chief Conductor & Artistic Director of the Latvian National Symphony Orchestra (2009-2012) and Chief Conductor of the Graz Symphony Orchestra (2006-2009). He is a regular Deutsche Grammophon recording artist, having recorded numerous CDs and DVDs for the renowned record label.