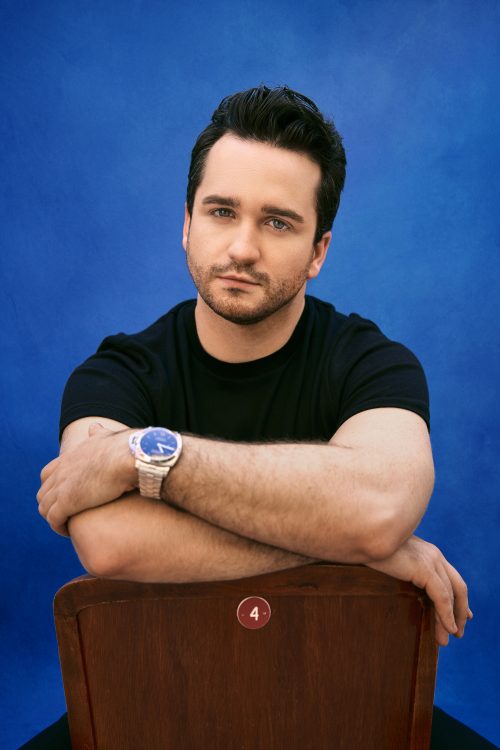 Xabier Anduaga was born in 1995 in San Sebastian, where he started singing in the Orfeón Donostiarra Choir. Already in his childhood, he sang as a soloist in sacred music concerts, and studied at the Centro Superior de Música in the Basque Region.

In 2016 he was chosen to be part of the Accademia Rossiniana in Pesaro, where he made his operatic debut as Belfiore in Rossini’s Il Viaggio a Reims. In the first years of his career he debuted many Rossinian roles and he started to enter the world of belcanto by appearing on the most important stages worldwide, such as Teatro Colón in Buenos Aires, Teatro Filarmonico di Verona, Festival Donizetti di Bergamo, Théâtre des Champs-Élysées, Mikhailovsky Theatre in St. Petersburg, Rossini Opera Festival in Pesaro, Vienna Musikverein, Müpa Budapest, Opéra National de Paris, Hamburg State Opera, Beijing Opera, Teatro Regio di Parma, Teatro Regio di Torino, Teatro Real in Madrid, ABAO Olbe, Palau de Les Arts in Valencia.

The recent seasons saw Anduaga make his house debut at the Royal Opera House in London as Ernesto in Don Pasquale, return to Teatro Real as Gerald in Lakmé and to Teatro di San Carlo in Il barbiere di Siviglia and I puritani, and take part in the opening of the Saint-Denis Festival with Rossini’s Stabat Mater.