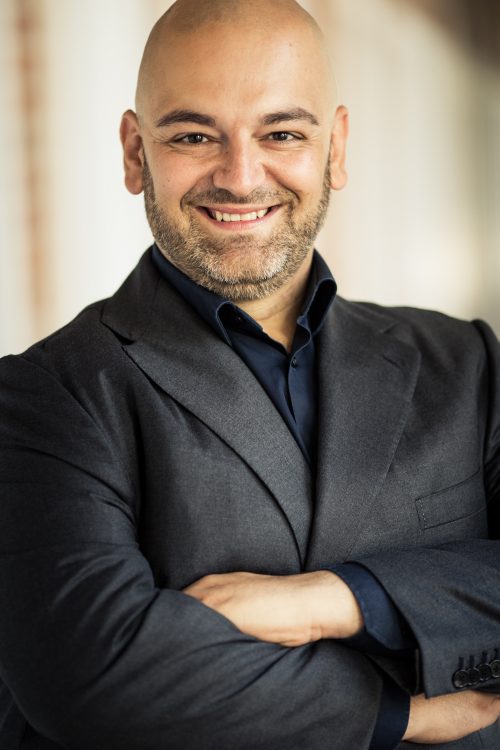 Nominated by Placido Domingo as one of his heirs, Giorgio Berrugi is one of the most appreciated tenors of today for his unmistakable, warm Italian sound, his exceptional musicality and the expressive nuances of his interpretations.

Before becoming a singer, Berrugi graduated with honors in clarinet. He won major international awards both as a soloist and in chamber music and was the first clarinet of the Orchestra Sinfonica di Roma for five years.

He began his vocal studies in 2007 and after a few months he debuted as Rodolfo in La Bohème at Teatro La Fenice in Venice. From 2010 to 2013 he was a member of the ensemble of Dresden Semperoper, where he performed many important roles such as Don José in Carmen, Riccardo in Un Ballo in Maschera, Mario Cavaradossi in Tosca, Nemorino in L’elisir d’amore, the Duke of Mantua in Rigoletto and Gennarino in the world première of Gisela, the last opera written by Hans Werner Henze.

His plans in the 2022/23 season include La bohème at Vienna Volksoper and at Teatro Bellini in Catania, Cavalleria rusticana at Festspielhaus Baden-Baden, Un ballo in maschera at theatres of Modena and Reggio Emilia, the role debut as Siegmund in Die Walküre at the Vienna State Opera, Macbeth at Teatro alla Scala, Medea at Greek National Opera, as well as Puccini’s Messa di Gloria at Teatro La Fenice.