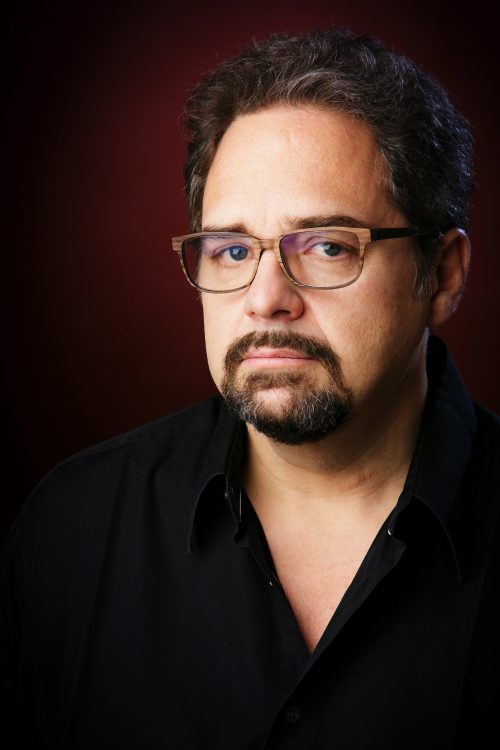 Marco Berti is the Italian tenor currently most sought-after by the world’s major opera houses, where he is appreciated for the splendid quality of his voice, his timbre “all’italiana”, the force of his high register, his innate musicality, his stage presence and artistic accomplishment.

Born in Como, he got his singing diploma at the “Conservatorio Giuseppe Verdi” in Milan in 1989 under the guidance of Giovanna Canetti, he then continued to perfect his vocal technique with Adelaide Saraceni, Pier Miranda Ferraro and GianFranca Ostini.
After winning the Concorso Internationale Giacomantonio, he made his debut in 1990 as Pinkerton in Madama Butterfly in Cosenza.

Since then Marco Berti’s artistic ascent has continued and the brilliance of his career is constantly being consolidated in Italy’s main theatres as well as abroad, where he is unanimously acclaimed by the public and the critics. His interpretations underline his clear phrasing, the magnificent quality of his voice, both mellow and powerful, and by many considered among the most beautiful in Italian opera.

Marco Berti’s extraordinary vocal qualities and scenic mastery have recently allowed him to count among his successes one of the most demanding and complex roles in the Verdian repertoire: Otello. The Spanish critic, Alonzo Gonzales of “La Razón”, who heard his debut in this role at the “Festival de Opera de La Coruna” in September 2010, named him “ The Otello of the coming years, of the future”.
Berti is in great demand as the Artistic Directors’ preferred artist at major theatres and festivals, where he is seen as the ideal interpreter, capable of taking on an ample and multifaceted repertoire of roles that in the past were performed by legendary names, such as Corelli, Del Monaco, Bergonzi, Domingo and Pavarotti.

While Radamés, Riccardo, Adorno, Manrico, Ernani and Otello are his most admired in the Verdian repertoire, it is just as important to mention his Puccinian roles, which have brought him equal acclaim and appreciation for his vocal elegance and unrestrained scenic presence: Calaf, Des Grieux, Pinkerton, Cavaradossi and Edgar in the eponymous opera.

Spanning more than two decades, Marco Berti’s career consists of an unbroken string of successes in the major opera houses around the world, from Covent Garden to The Metropolitan in New York, from Teatro alla Scala in Milan to the Arena of Verona, from Liceu in Barcelona to l’Opéra de Paris, and as far as the grand Oriental stages of Beijing and Tokyo.

“STYLE”,the prestigious supplement of Corriere della Sera, has consecrated Marco Berti in the top four better tenors in the world, he is  there described as the Italian quality tenor  disputed between the major theaters of the world.