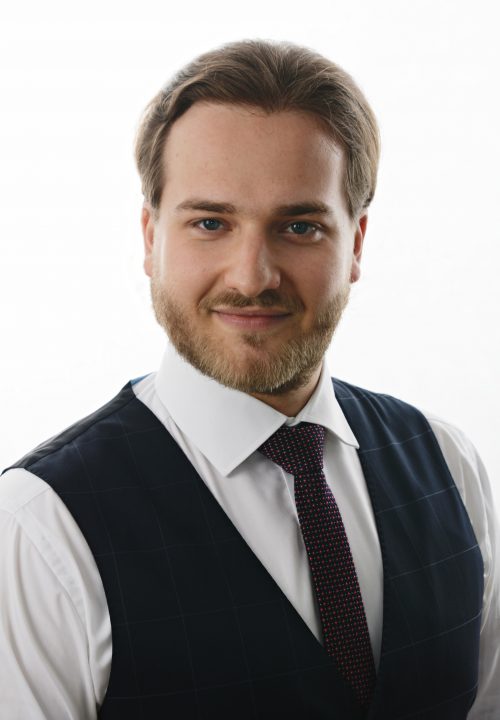 Born in 1994, he finished studies at the Academy of Music in Wrocław under Bogdan Makal. He was a member of Polish National Opera’s Young Talents Programme (under Eytan Pessen) and the International Opera Studio in Zürich. He participated in the 2016 Salzburg Festival Young Singers Project, returning to Salzburg Festival in 2017 as Gubetta (Lucrezia Borgia).

He made his opera debut in 2015 at Teatr Wielki in Poznań under the baton of Gabriel Chmura, as Tonio (Pagliacci), returning in 2016 as Eugene Onegin. His many awards include First Prize at the Ninth International Stanisław Moniuszko Vocal Competition. Other appearances include Rossini’s Figaro in Il Barbiere di Siviglia (Zürich Opernhaus and The Bolshoi Theater Moscow) and Guglielmo Cecil in Maria Stuarda (Zürich Opernhaus), Silvio in Pagliacci (Teatro Regio di Turin and Royal Operahouse Covent Garden in London), Marcello in La Bohème (Canadian Opera Company in Toronto).

He has worked with conductors such as Nicola Luisotti, Daniele Gatti, Emmanuel Villaume, Pier Giorgio Morandi among others and with stage directors such as Damiano Michieletto, Emma Dante, Mario Martone, Richard Jones.