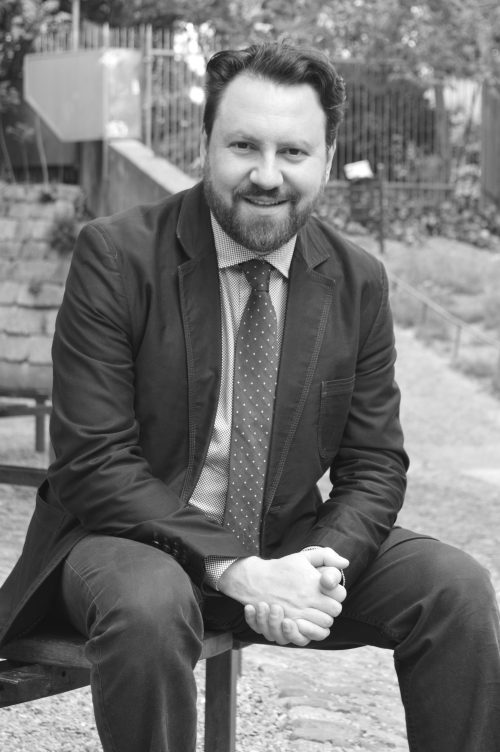 Alessandro Liberatore is the winner of important singing competitions at a very young age, including the Enrico Caruso competition, the City of Neptune and the Zandonai competition. A pupil of Luciano Pavarotti and under the supervision of Maestro Leone Magiera, he builds up a large part of the opera repertoire he will perform in the seasons to come. In October 2002 he sang alongside Luciano Pavarotti in a recital in Mont-Carlo and made his debut in the following months as Rodolfo in La Bohème, directed by Luciano Pavarotti, which was staged in the Valley of the Temples in Agrigento. His earliest interpretations include the debut at Teatro dell’Opera di Roma in I Capuleti e i Montecchi (Tebaldo) conducted by Nello Santi; the debut at Carlo Felice in Genoa in Nabucco (Ismaele) conducted by Riccardo Frizza and the debut at Teatro delle Muse in Ancona again in the role of Rodolfo in La Bohème under the baton of Paolo Arrivabeni.

Further highlights have included Alfredo (La Traviata) with the Circuito Lirico Lombardo, in Salerno, Sassari, Bolzano and in Madrid in a production by Franco Zeffirelli; Rodolfo (La Bohème) at Bassano del Grappa Festival and at São Carlos Theater in Lisbon; Riccardo (Un Ballo in Maschera) at Teatro Bellini in Catania and at Teatro Massimo in Palermo; Pinkerton (Madama Butterfly) in Tokyo and other Japanese theaters; Cassio in Verdi’s Otello at Teatro San Carlo in Naples; Tito (La clemenza di Tito), Otello and Werther in Sassari; Marcus Aurelius in Lauro Rossi’s Cleopatra at Arena Sferisterio in Macerata.

Engagements in the past seasons have included La Bohème (Rodolfo) at the Deutsche Oper Berlin and at the Palm Beach Lyric Opera; Rigoletto (Duca di Mantova) at Teatro Massimo in Palermo; Madama Butterfly (Benjamin Pinkerton) at the Florida Grand Opera in Miami; La Clemenza di Tito in Bergen; Thaïs (Nicias) and Idomeneo (Arbace) at Teatro Regio in Turin; Macbeth (Macduff) in Sassari; Der Rosenkavalier (an Italian singer) in Barcelona. He starred in La Bohème on stage in Dublin and Belfast, and later at the Sferisterio Opera Festival in Macerata in I Lombardi Alla Prima Crociata (Arvino), in Idomeneo (Arbace) at the Stresa Festival. More recently he sang Rodolfo in La Bohème in Hong Kong and again La Traviata, this time at Teatro Verdi in Trieste and in Karlsruhe. At Teatro Real in Madrid he appeared in Der Rosenkavalier (an Italian singer), while in Manchester he was Cassio in Otello with the BBC Philharmonic, followed by Lucia di Lammermoor at the Stresa Festival, Rovigo and at Teatro Massimo Bellini in Catania, Madama Butterfly in Seoul, La Traviata in Rouen, Petite Messe Solennelle in Erl and at the Tiroler Festspiele, Nabucco in Cagliari, Sassari and Erl.

Alessandro Liberatore received praise from both the public and the critics for his debut in Verdi’s Requiem in Cagliari, followed by Madama Butterfly in Tampere, Rigoletto in Valencia and Lisbon; Lucio Silla (title role) at Gran Teatre del Liceu in Barcelona; Verdi’s Requiem in Pisa for the Anima Mundi Festival, in Dobbiaco with the Haydn Orchestra and at the National Auditorium in Madrid; Mysterium by Rota in Rome, at Teatro San Carlo in Naples, where he was later engaged in Otello; Lucia di Lammermoor in Catania; Manon Lescaut at Teatro dell’Opera di Roma conducted by Riccardo Muti; Beethoven’s Missa Solemnis in Cagliari; La Bohème at the Baths of Caracalla and in Mannheim; Massenet’s Manon in Liège; Nabucco in Nancy; Rota’s Mysterium in Milan with the Verdi Orchestra; Lucia di Lammermoor at Teatro dell’Opera di Roma, La Traviata in Arezzo in the new Raro Festival conducted by Maestro Renzetti; Aida at Opéra National de Paris, Lucio Silla with Insula Orchestra.

Most recently, he appeared at Teatro di San Carlo as Cassio in Otello.