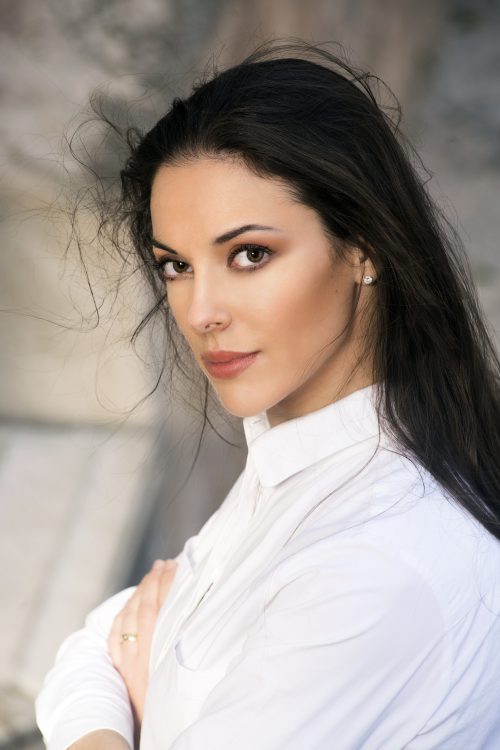 Born in Prague (1988), Zuzana Marková made her début at the age of 16 performing the role of Frantiska in Burian’s opera Opera z Pouti at the National Moravian-Silesian Theatre (Czech Republic). She studied singing, piano and conducting at the Prague Conservatory and participated in Master classes of Mietta Sighele and Veriano Lucchetti in Riva del Garda. She continued her vocal studies by Paola Pittaluga in the Opera studio in Bologna (2010/2011).

In the recent seasons, Zuzana Marková debuted at Opernhaus Zürich as Elvira in I Puritani, at the Bolshoi Theatre in Moscow in La Traviata, at Teatro San Carlo in Napoli in Il Cappello di Paglia di Firenze and at Carlo Felice in Genoa in Lucia di Lammermoor. She appeared in concert with the Essen Philharmonic, she returned to Teatro Massimo di Palermo as Violetta, to La Fenice as Lucia di Lammermoor and to Oper Köln as Manon. Most recently, she sang La Traviata at Opera di Firenze and I Puritani at Oper Frankfurt, as well as concerts with Orchestra e Coro del Teatro La Fenice under the baton of M° Chung, US debut as Violetta in La Traviata at Atlanta Opera, I Puritani at Opéra Royal de Wallonie in Liegi, La Traviata at La Fenice, Die Zauberflöte at Los Angeles Opera.

Some of her future plans include Rigoletto at Oper Frankfurt, Don Pasquale at the Royal Opera House.

In concert, she sang “Omaggio a Verdi” with the Orchestra Sinfonica Siciliana in Palermo (arias and scenes from La Traviata and Rigoletto); the Opening Concert at Festival Avignon and “Musiques en fête” at Chorégie d’Orange; “Classic in the City” in Antwerp for the De Vlaamse Opera and concerts in Italy and China with the Orchestra Filarmonica Toscanini.