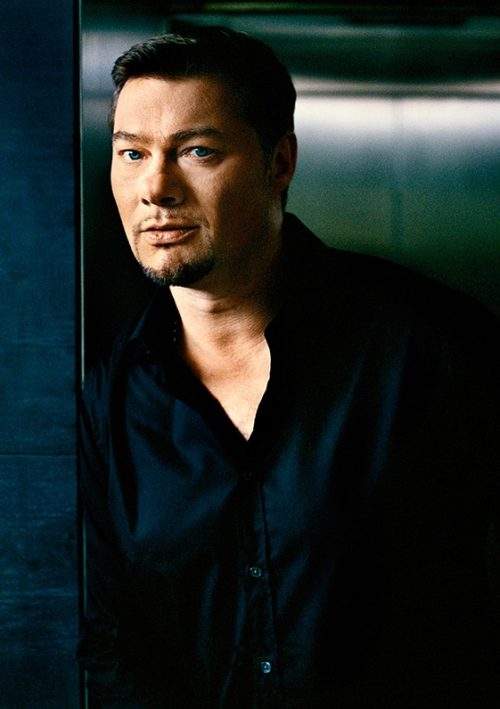 Born in Dresden, Pape has been a member of the Berlin State Opera since 1988, but considers New York’s Metropolitan Opera his operatic “home away from home.” Since his house debut in 1995, he has appeared every season at the Met, in 18 roles and more than 160 performances, including four major debuts: Méphistophélès in Faust, Gurnemanz in Parsifal, Escamillo in Carmen, and the Old Hebrew in Samson et Dalila. But it was at the famous Unter den Linden – home of the Berlin State Opera – where Pape honed most of the great roles of his career.

Music Director Daniel Barenboim was an early supporter, and the Berlin State Opera has played host to Pape’s performances as King Marke in Tristan und Isolde; King Heinrich in Lohengrin; Sarastro in Mozart’s Die Zauberflöte; Pogner in Die Meistersinger; Rocco in Beethoven’s Fidelio; Fasolt in Das Rheingold; Hunding in Die Walküre; and the title role in Don Giovanni. The opera house was also the venue for Pape’s appearances as Ramfis in Verdi’s Aida; Figaro in Mozart’s Le nozze di Figaro; Leporello in Don Giovanni; and Orest in Strauss’s Elektra. In 2006 he expanded his repertoire to include the title role in Boris Godunov, which won him the title “Artist of the Year” from the German Critics Association.

Mr. Pape’s 2018/2019 season highlights include Tristan und Isolde at the Opéra Bastille, Elektra, Die Zauberflöte and Parsifal at the Wiener Staatsoper, Fidelio, Elektra, Die Zauberflöte, Macbeth and Tristan und Isolde at the Staatsoper Berlin, a new production of T.H.A.M.O.S. in Salzburg and Parsifal at the Bavarian State Opera.

He will also grace the stages of Wigmore Hall, the Staatskapelle Dresden, the Frauenkirche Dresden, the Philharmonie im Gasteig and the Osterfestspiele in Salzburg.

Pape also released the album Wagner, a collection of favorite arias featuring the Berlin Staatskapelle conducted by Daniel Barenboim on the Deutsche Grammophon label. When it was released in Europe, the reviewer for the U.K.’s Guardian exclaimed: “He is unquestionably magnificent. This is very lyrical Wagner singing, sensual, even sexual in tone, noble in utterance, and shaped as much through the line as off the words.”