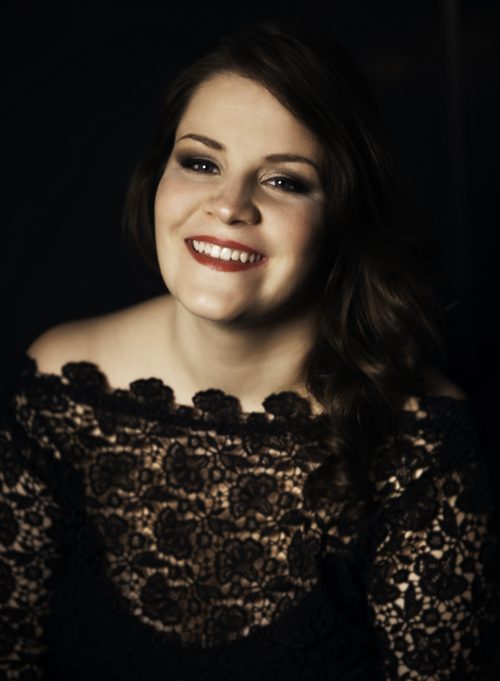 Selene Zanetti, a young Italian soprano, graduated in opera singing with full marks and honors at the “Pollini” Conservatory of Padua and perfected her studies under the guidance of the Bulgarian soprano Raina Kabaivanska, following her courses at the Chigiana Academy of Siena, at the New Bulgarian University of Sofia and at the Higher Institute of Musical Studies “Vecchi – Tonelli” of Modena.
Between 2015 and 2016 she won numerous prizes in international competitions: at the “Tenor Vinas Competition” in Barcelona she was also awarded as the best Verdi interpreter; at the Belvedere Competition in Cape Town he received the “International Media Price”.

In 2016 she was invited to be part of the Opera Studio program of the Bayerische Staatsoper in Munich, where she made her debut in the main role of Magda Sorel in The Consul by G. Menotti.

She made her debut in the role of Amelia Grimaldi in Simon Boccanegra at the Staattheater in Klagenfurt.
She made her debut in Cyprus as Donna Anna in Mozart’s Don Giovanni and in Cagli in the role of Suor Angelica in the homonymous opera by G. Puccini.
In 2017 she debuted the role of Mimì in La Bohème at the Teatro La Fenice in Venice, a role she reprises at the Staadtstheater in Stuttgart, at the Bayerische Staatsoper and at the Teatro San Carlo in Naples.

In 2018 and 2019 he was part of the Ensemble of the Bayerische Staatsoper in Munich.
She was immediately entrusted with the main role of Marie in the new production of Die verkaufte Braut by B. Smetana.

As a member of the Ensemble, she debuts Liù in Turandot, with Anna Netrebko and Yusif Eyvazov, Nella in Gianni Schicchi, Berta in ll Barbiere di Siviglia, Sandmännchen in Hänsel und Gretel by E. Humperdinck, Erste Dame in Die Zauberflöte, Giannetta in L´elisir d´amore, Blumenmädchen in Parsifal.
She is chosen by Marina Abramović in the cast of her Seven Deaths of Maria Callas, an ambitious project by the Serbian performer, which will take place in numerous theaters such as Opera Garnier in Paris, Deutsche Oper in Berlin, Greek National Opera in Athens and at the San Carlo Theater in Naples.
During the Covid emergency, she debuts the role of Susanna in the interlude The Secret of Susanna by E. W. Ferrari at the Bayerische Staatsoper in streaming.
She then made her debut in the role of Micaela in Carmen in the performances organized by the San Carlo Theater and performed in the evocative setting of Piazza del Plebiscito.

In the Verdi repertoire she made her debut in the role of Elena in I Vespri Siciliani at the Teatro Massimo in Palermo and Leonora in a concert form of Il Trovatore with Hungarian National Philarmonic.